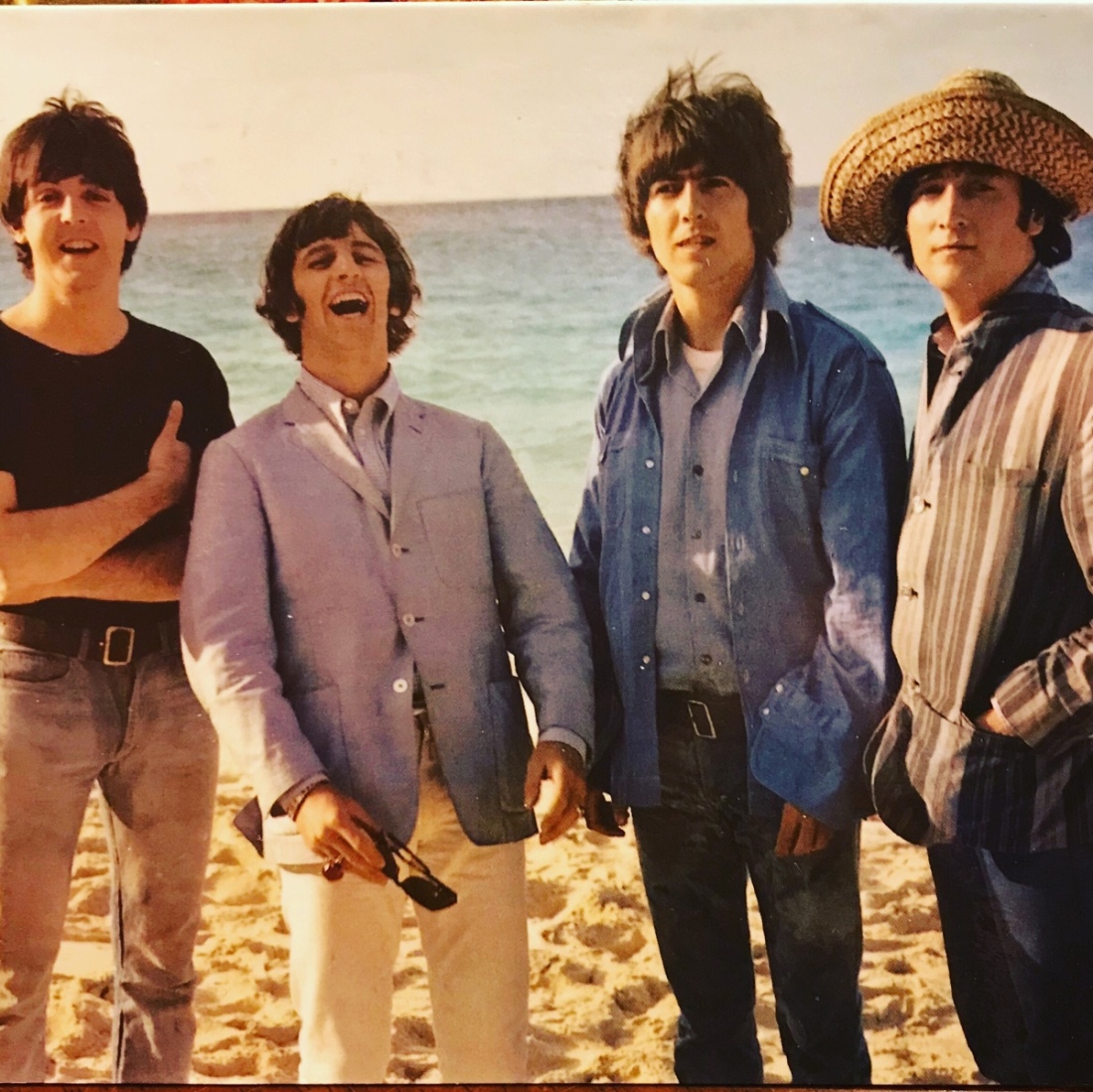 Just four lads standing on the sands of the British shoreline.

In the beginning the Fab Four were a collective of different personalities, backgrounds, and interests. They possessed average to good talent but together their alignment created something that changed the world. Together a spark from each of their separate selves grew until it burst into a flame of passion. A bonfire that exploded into a force that could not be contained by the musical standards of the 60s. The lads from Liverpool became a new and unique entity when they teamed up, having swapped out a couple different players until they arrived at this lineup. This became the winning combo that blew away the music scene, the record industry, the radio charts, and our very minds.

Look at them — you can see it on their faces and in their body posturing. These are four uniquely individual souls. But when they practiced together, wrote songs together, rehearsed all night long, and performed countless shows together with a goal of making great music they blew up the scene.

It takes unity. It takes surrendering some of what I think is best in order to collaborate and create something beyond what I alone can do. Being in alignment with the people in my circle, my club, my office, my church, or my neighborhood requires a certain acceptance that some of “me” must die so a united and more dynamic “we” can emerge and thrive.

Coffee and family. Faith and friends. Living a good and simple life in Southern California. View all posts by joannehuston