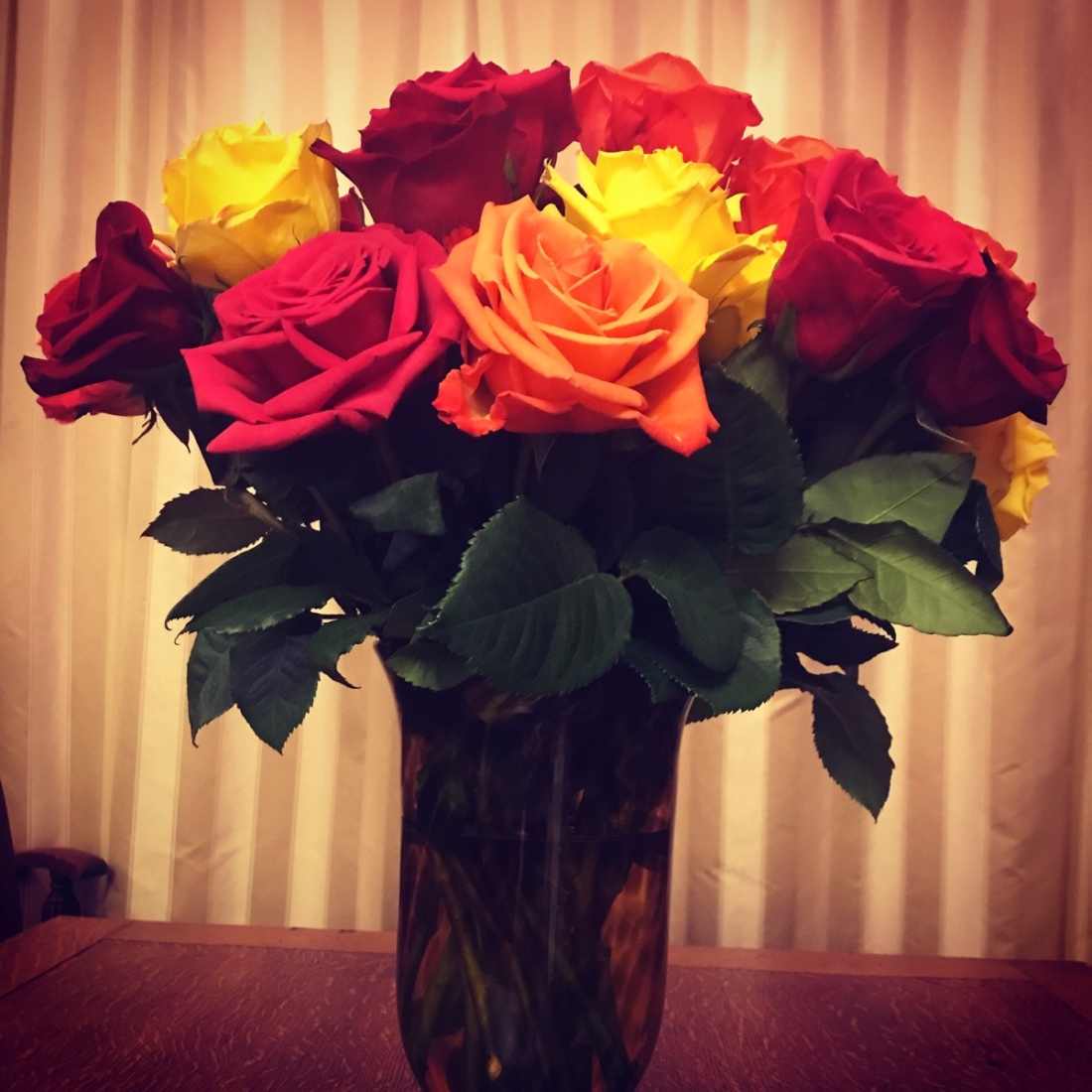 When transferring two dozen exquisite birthday roses from one vase to another just now a barely noteworthy natural phenomenon occurred before my eyes. Having poured out the water from the original vase two perfectly formed rose leaves remained stuck to the bottom of the container. Shaking the vase as hard as I could and pounding on the bottom of it with my palm they simply refused. They clung to the vase as if super glued but in reality were held only by the thinnest veneer of water, securing these two hold-outs in place.

Moments later I set about another task. A few bits of dried rose petal clung to the sides of a ziplock bag—this time static cling as the sticking agent. It seemed a bit of a travesty in the first place to have stored something so romantic and reminiscent of early summer days and June bouquets in a plastic ziplock. A diaphanous silk bag would have been more appropriate. But now an electrostatic charge between the petals and the bag held them. They clung on through semi-violent shaking as I attempted to part them from each other’s company.

What makes two souls adhere to each other? Makes them cling, attach, and stay. Electricity? Similarities? Shared tragedies? Responsibility? Obligation?

Conversely then, why do we let go of people we love when it takes so little to hold them in place? A little water, a minuscule amount of electricity —the slimmest thread of connection can keep the love alive in one circumstance and yet the most electrically charged cable of tungsten steel isn’t enough with others.

I offer no answer but encouragement to ponderment. Yeah, I made that up. But selah . . . pause and think about this. We need a whole lot more static cling when it comes to preserving what is true and good. And less letting go when it is lazily the path of least resistance.