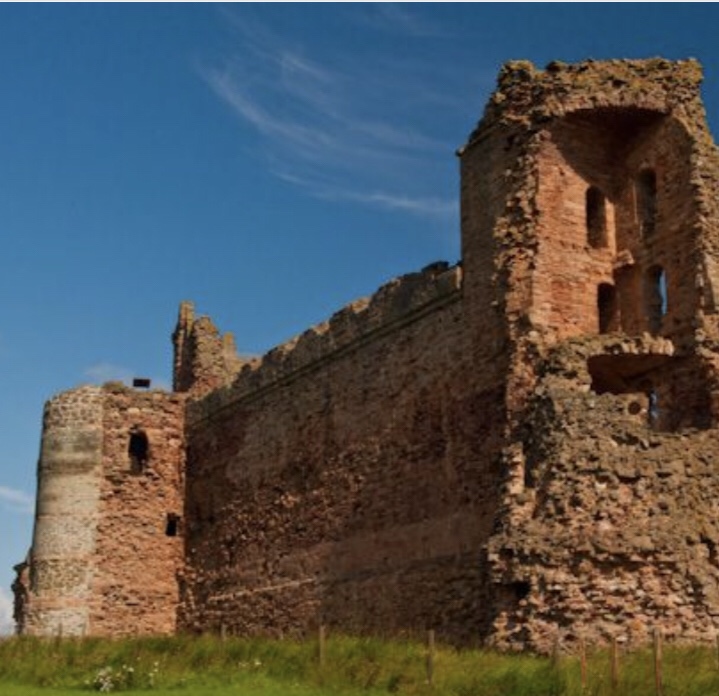 The Tantallon Castle ruins were a major highlight of a long ago trip my older sister and I took once upon a time. We drove to an isolated location in the middle of nowhere. The young man at the gate house seemed part historian, part guardian of this grand shell. To pass the time he drew sketches of ancient battles between the Douglas clan and the crown of England including one initiated by Cromwell himself. There seemed to be little else to do to pass the time in this desolate Scottish location. The visitor traffic was light to say the least.

We were free to wander the ruins unattended and no doubt that contributed to the haunting feeling of roaming through a vast residence where Scottish lords had strategized, been holed up, and had once called home. I let my imagination wander as I ran my hand along the barren stone walls, once covered by tapestries and coats of armor. Now just a hollowed out monument to an ancient clan’s struggle to retain power. I hoped that each successive earl might have enjoyed their beleaguered time in this awesome fortress.

I bent down and picked up a crumbling bit of the pinkish stone wall—a tiny piece of the rock. It was like holding a fragment of history in my hand. It came back to America with me as a reminder that even a mighty fortress is subject to a fair amount of crumble. Having been built as a stronghold and having endured cannon fire and actual fire and all other manner of human onslaught over the centuries, there it stood.

Just a piece of a rock but combined with other pieces and larger pieces together they made something strong and mighty. Good people in our lives are like that. We’re stronger together than we are apart or as fragmented pieces. Fortress-like maybe. Able to provide a defense against external (and internal) forces looking to cause ruin. Together. There’s the power.

Coffee and family. Faith and friends. The simple life in Southern California. View all posts by joannehuston